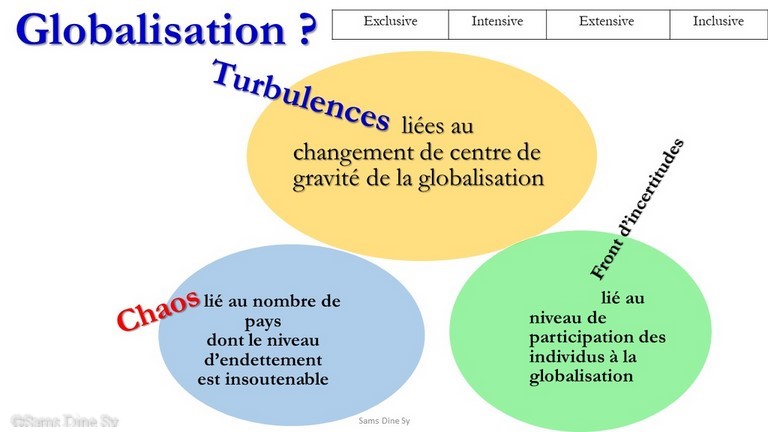 In what form will globalization manifest itself?
The general trend is that of a process that can take several forms, one of which is more structuring than the others: 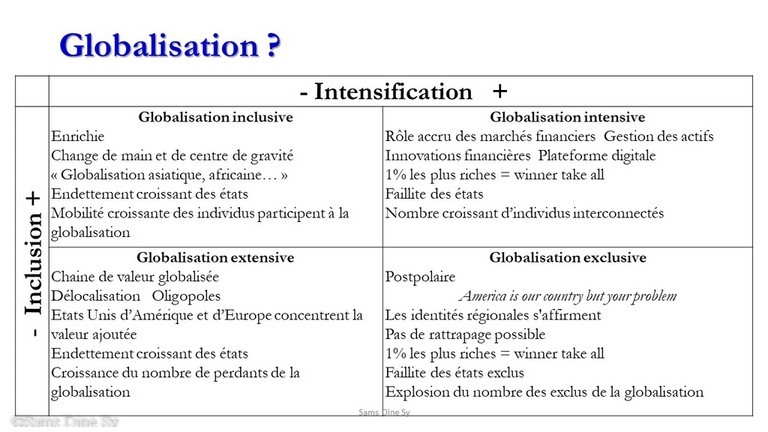 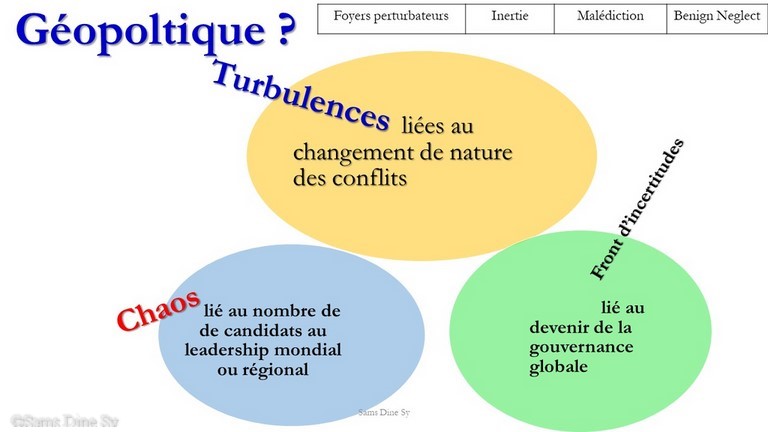 Africa, unlike other continents, has not been drawn into ongoing violent conflicts and mass crimes on the scale of world wars. However, in view of the map of global conflicts, one cannot help speculating that the "trouble spot" will shift from Asia Minor to Africa. Efforts to extinguish conflicts in Central, Northern and West Africa augur well for contagion.
Nothing excludes a failure of the cultural and religious foundation on which Africa has built its legendary reputation. Moreover, the continent's resources are more coveted than ever by major powers, multinationals and criminal powers. The success of efforts to secure populations likely to be affected by these scourges will determine Africa's future as a strategic landscape of violence. However, there are sufficient signals that the continent will remain a zone of relative peace. The assumptions on the geopolitical situation are as follows: 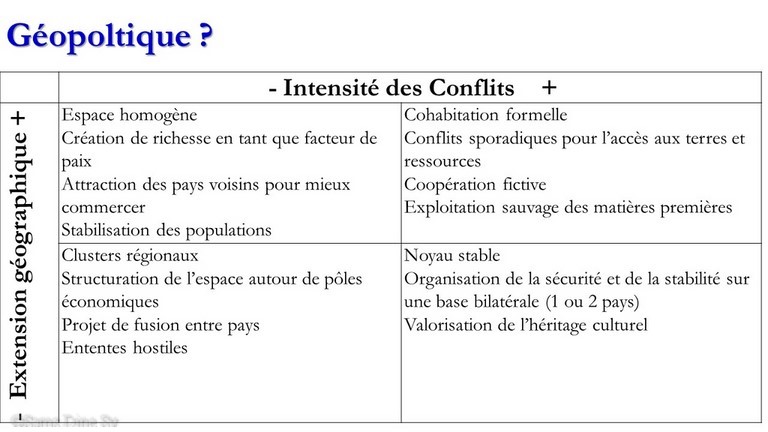 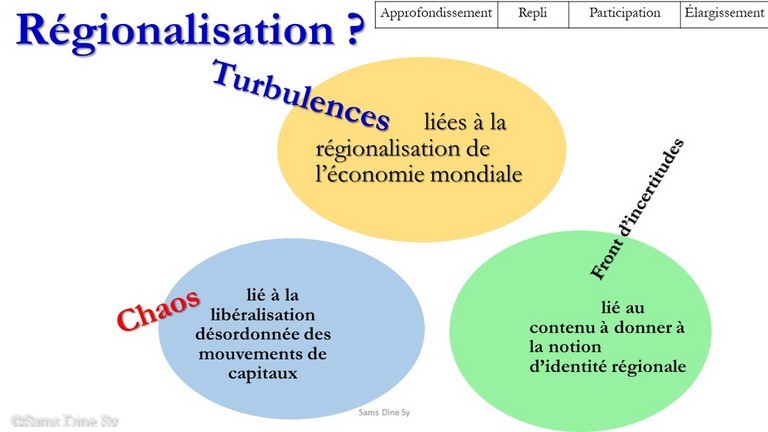 The modalities of regionalization of Africa are multiple but can be classified in the following categories: 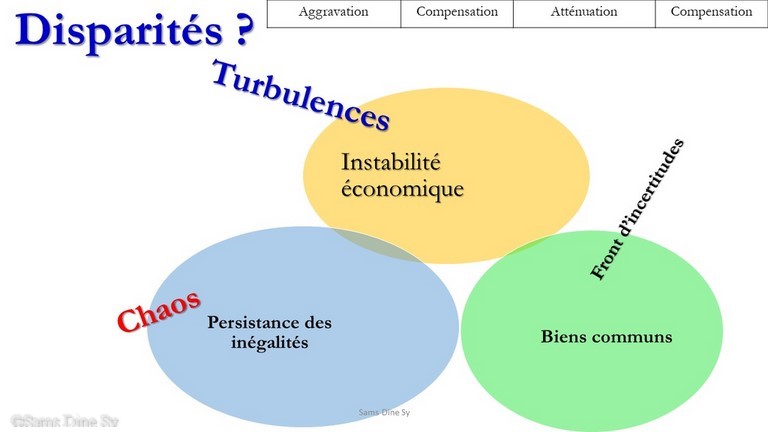 Drought and its socio-economic consequences, pandemics, but also insufficient resources and their poor management are at the root of serious disparities. It is possible that, as a result of Community policies, these disparities will be reduced. In terms of assumptions, the future pattern of disparities can be formulated as follows: 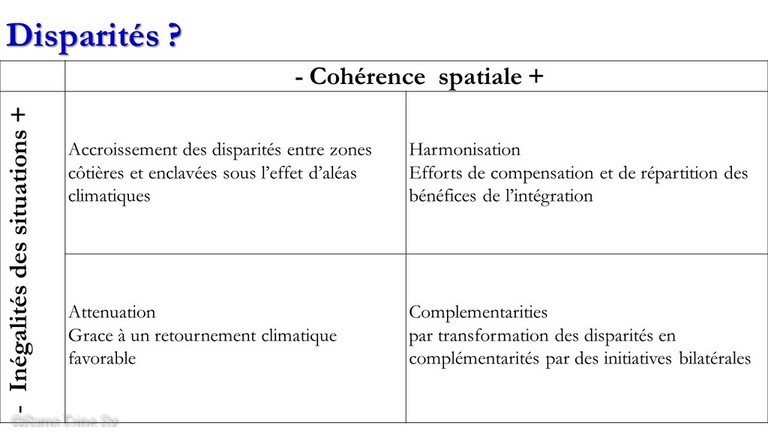 People and citizens occupy a central place in African space and give it a particular cachet because of its historical context and cultural heritage. The common problems they share lead them to support integration even in the absence of effective or dedicated structures and to combat some of its forms. The events will be as follows: 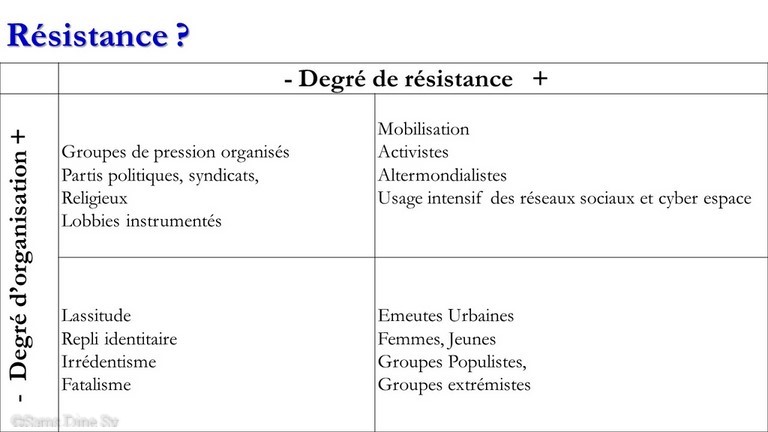 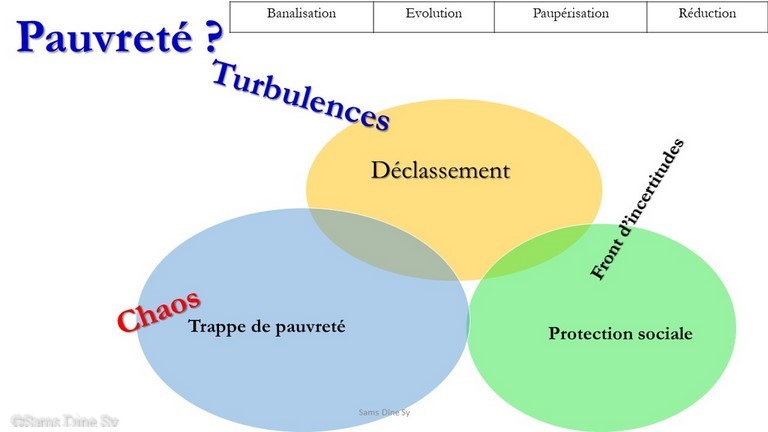 Poverty is undoubtedly the most widespread scourge in Africa, despite all the programmes aimed at eradicating it. Demographic pressures could still arise as a result of a transition that is slow to materialize, especially in landlocked countries. Poverty could be accompanied by large-scale migration to peri-urban areas and Western countries whose policies would be relaxed to deal with the acute problems of ageing and pension financing. Between aggravation and reduction, the paths of poverty are still largely open: 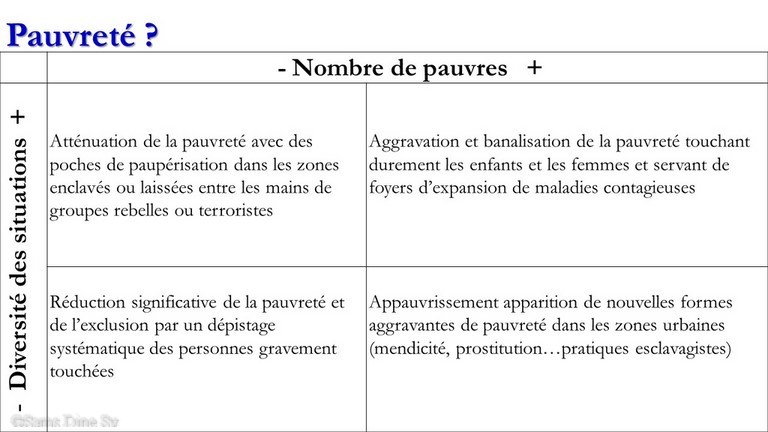