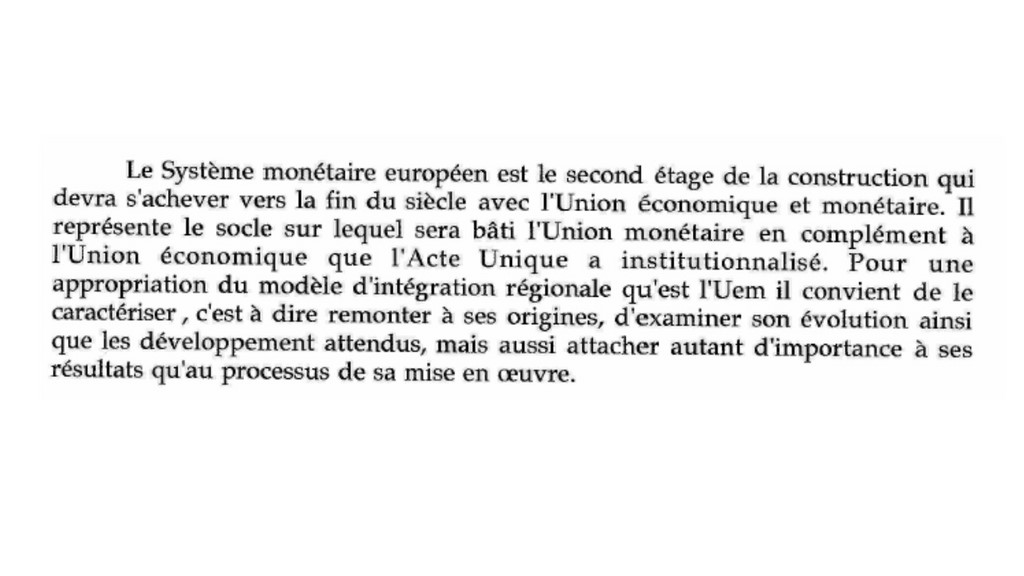 The specificity of the monetary regime of the Franc Zone is probably the origin of its sustainable operation: it has preserved the Member countries of the downward trend in flows of the capitaix to Africa.

Since 1987, the Franc Zone is facing new challenges following the FF anchor in the narrow margin of the EMS exchange.
The program completion of THEUMA opens new prospects for adjustment area.
Only exchange the base monetary tickets, room, price, balance and salaries or read ECU replaces FCFA and CF.
2. the overall assessment of the impact of various scenarios of adjustment as well as sustainability in the medium and long term suggest to influence the central tendency towards a structural change of the regime by a gain of both flexibility in the exchange rate mechanism for the institutional framework for coordination...
This involves:
Monetary policy and the contribution of the EC must be to inflichir the trend scenario of the adjustment of the regime of this zone to a more flexible regime around a structure and integrated and autonomous institutions.